From ancient vision to modern observation 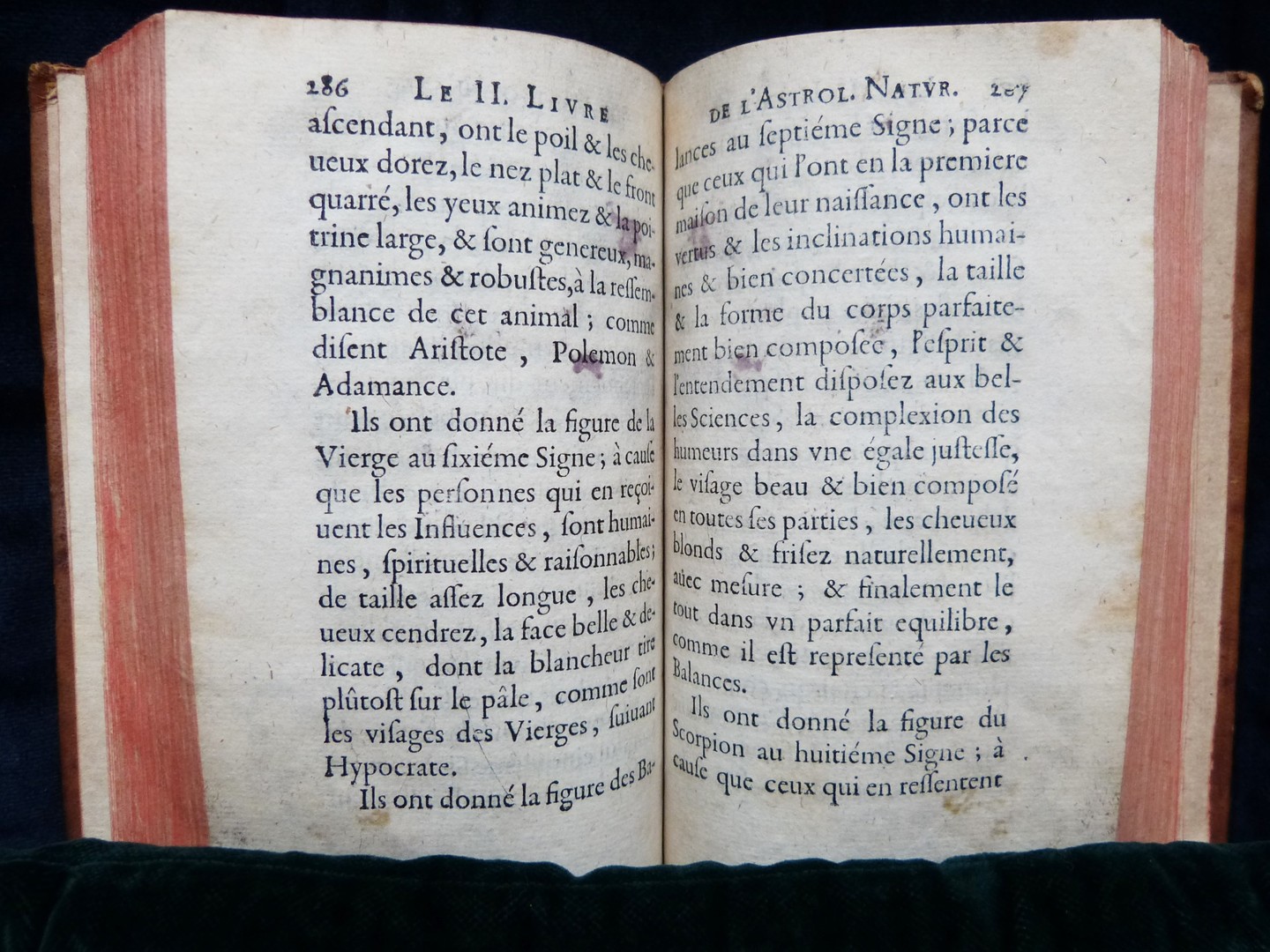 For astrologers, the zodiac does not only refer to constellations serving as celestial markers along the ecliptic, but also to signs whose qualities are found in individuals. Here, the comte de Pagan describes the physical appearance of the natives of the different signs. 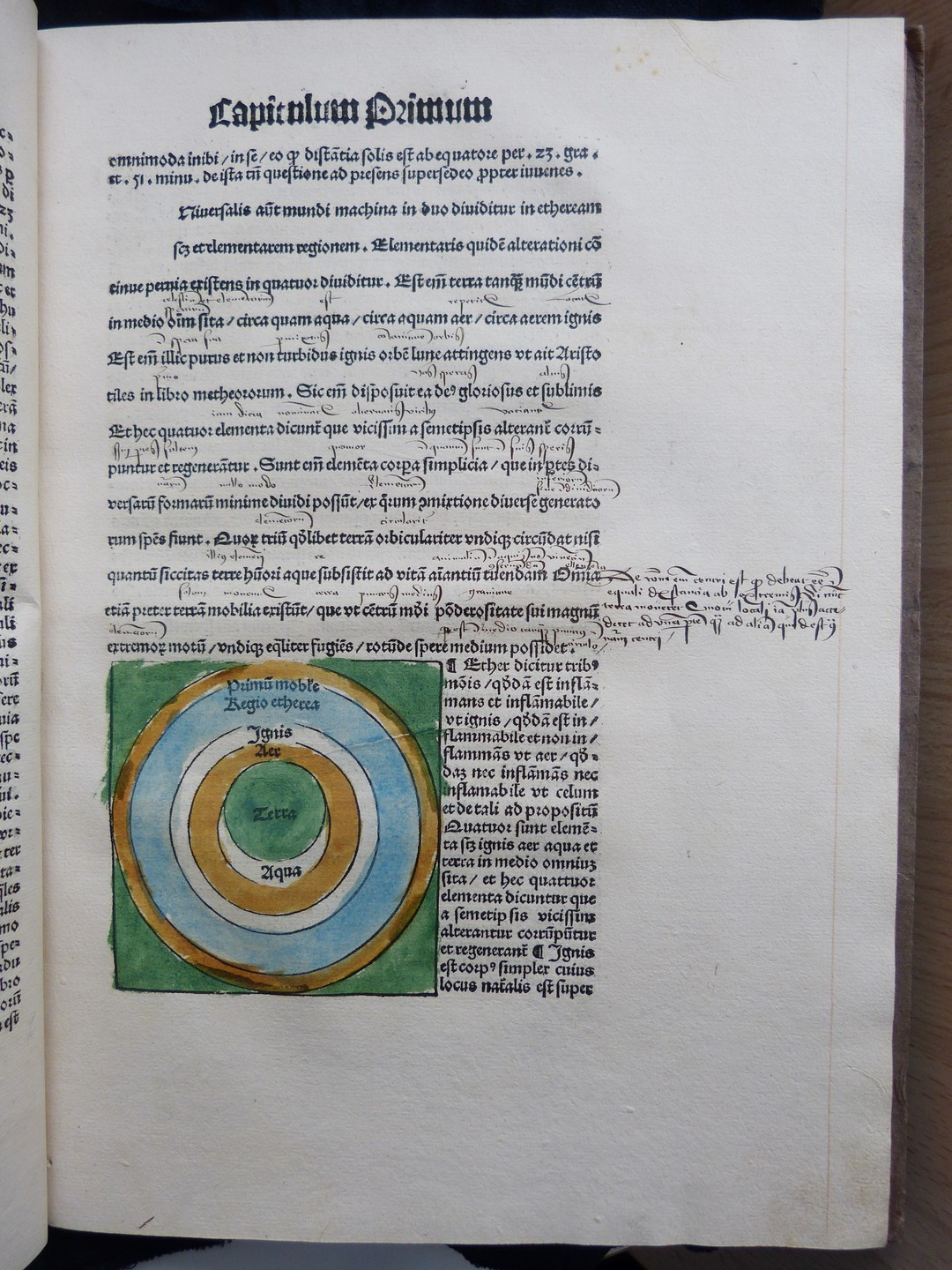 Aristotle's elemental physics is of great importance in astrology, with each element being associated with three signs, some of whose qualities it suggests. Aries, Leo and Sagittarius are thus associated with fire, Taurus, Virgo and Capricorn with earth, Gemini, Libra and Aquarius with air and Cancer, Scorpio and Pisces with water. Here are represented the circles of the four elements, from the heaviest to the lightest, with earth in the centre, followed by water, air and fire. Finally the ether, where the stars are situated. 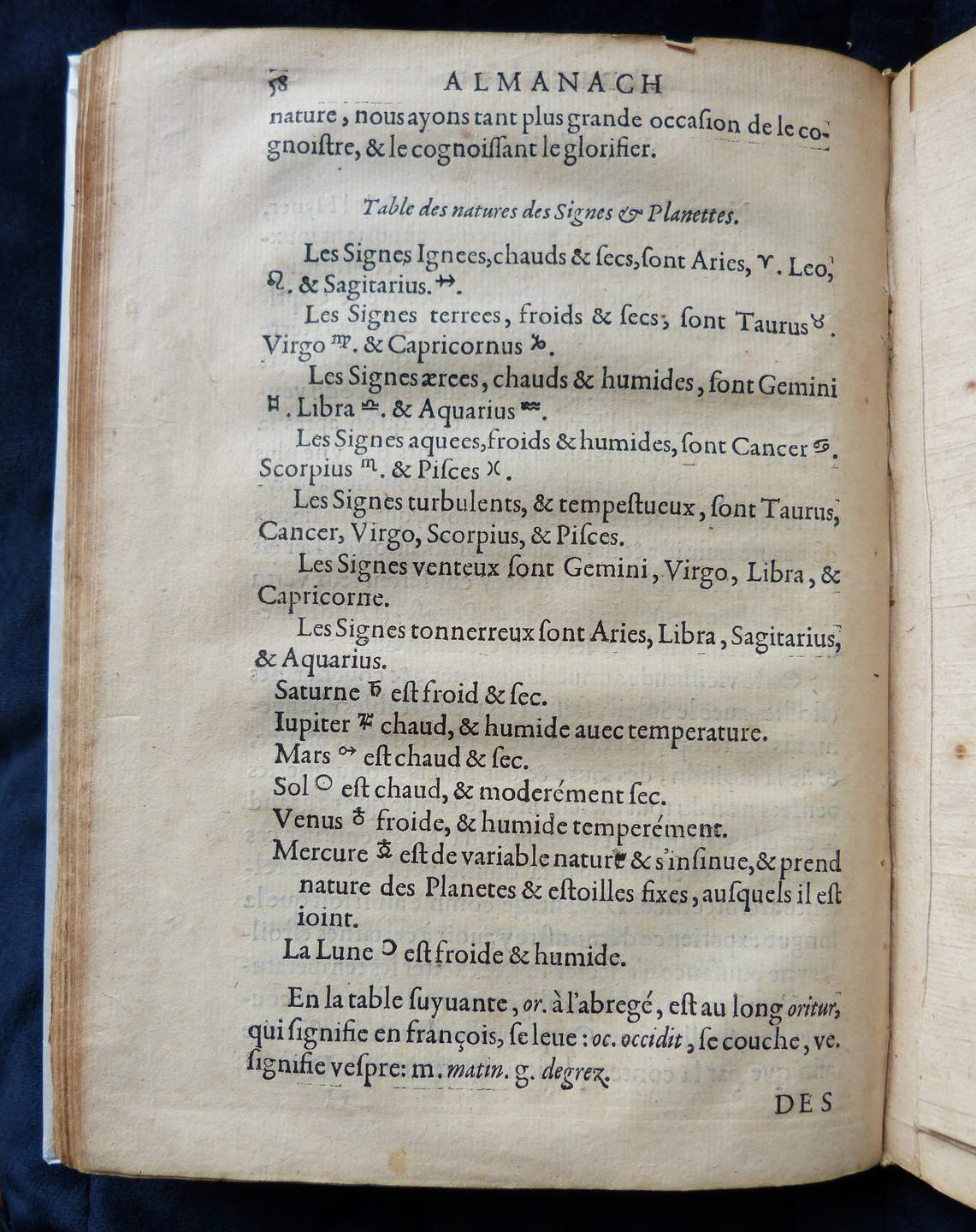 Because of its ancient links with the cycle of the seasons and the agricultural calendar, astrology and in particular the zodiac have long been associated with the passing of time. Astrological signs are often used in calendars to represent the months. Here, Jean de Séville presents the nature of the signs and planets, which he associates with the elements and their qualities. 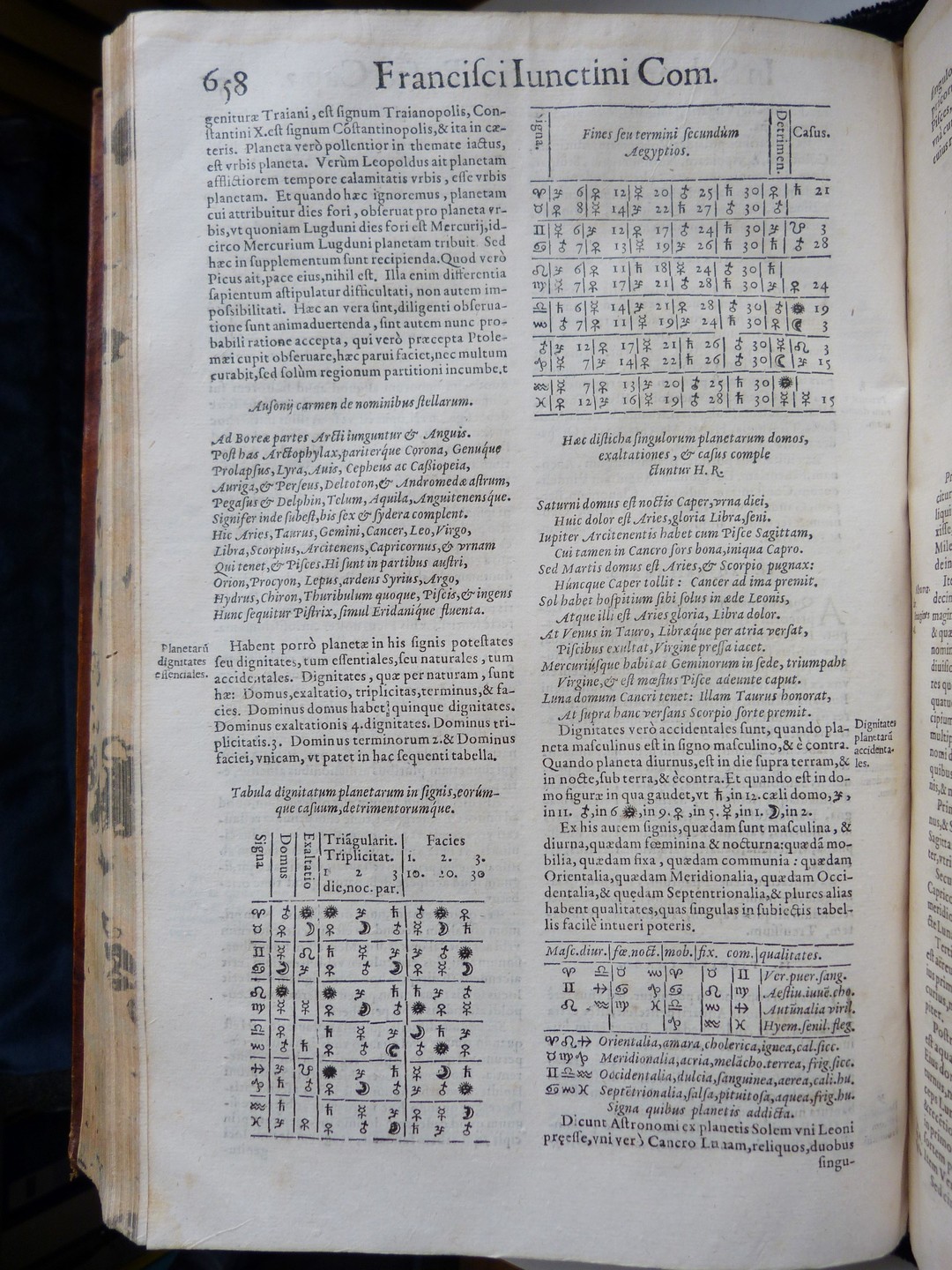 This page and the following one represent many essential elements in astrology: dignities of the stars, i.e. the moment when their position is the most favourable, qualities of the signs, correspondences between signs and planets, horoscope. 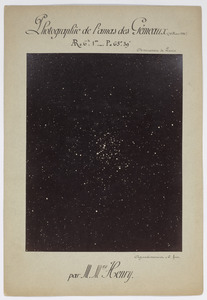 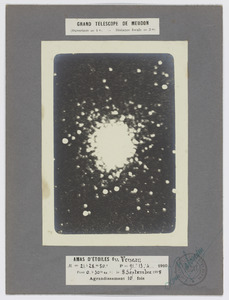 The constellations of the zodiac, although highly symbolic, are nevertheless celestial objects like any other, as these photographs show.