As early as antiquity, scholars considered linking astrology and medicine, based on the principle that the body is a microcosm that reflects the celestial macrocosm. The various parts of the body and diseases were thus associated with astrological signs and planets, which were also assigned human qualities and temperaments derived from Aristotle's physics.

For his part, Ptolemy rejects the traditional association with the signs, but proposes an original and modern distinction between acute ailments and chronic pathologies, caused by two types of celestial configurations. Acute ailments, which occur suddenly without having too many consequences, are due to the rising in the East of the malefic planets that determine their cause; whereas chronic pathologies that strike continuously in crises are due to the setting of the malefic planets in the West.

It was therefore recommended to consult an astrologer in addition to a doctor to find out when to take a particular remedy or to find out more about the evolution of one's illness. 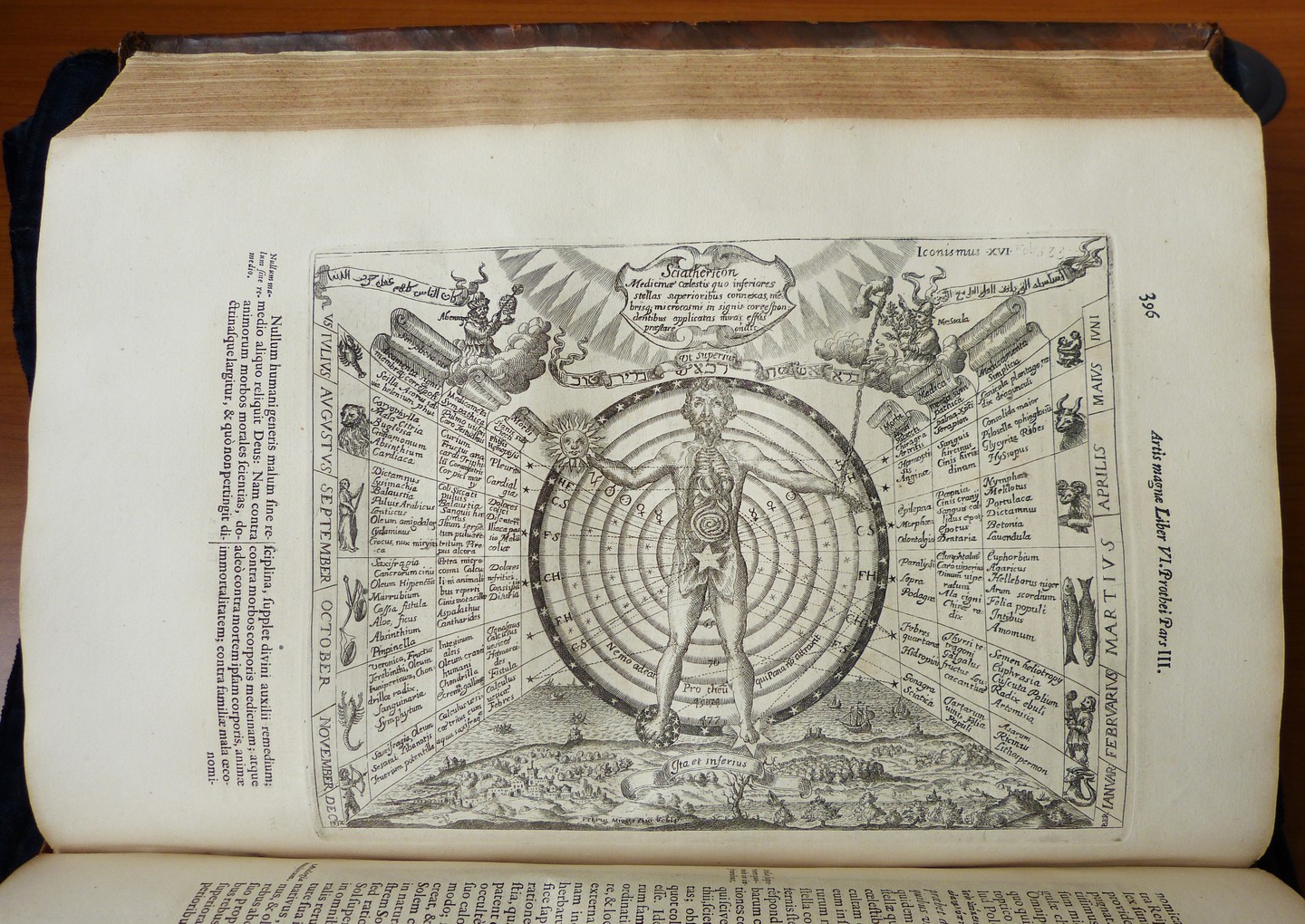 Astrology is used in various ways in medicine. Parts of the body and types of illness are associated with the different signs of the zodiac, as shown here, and it is also determined under which astral influences a particular remedy should be applied, depending on the properties of the signs or planets. 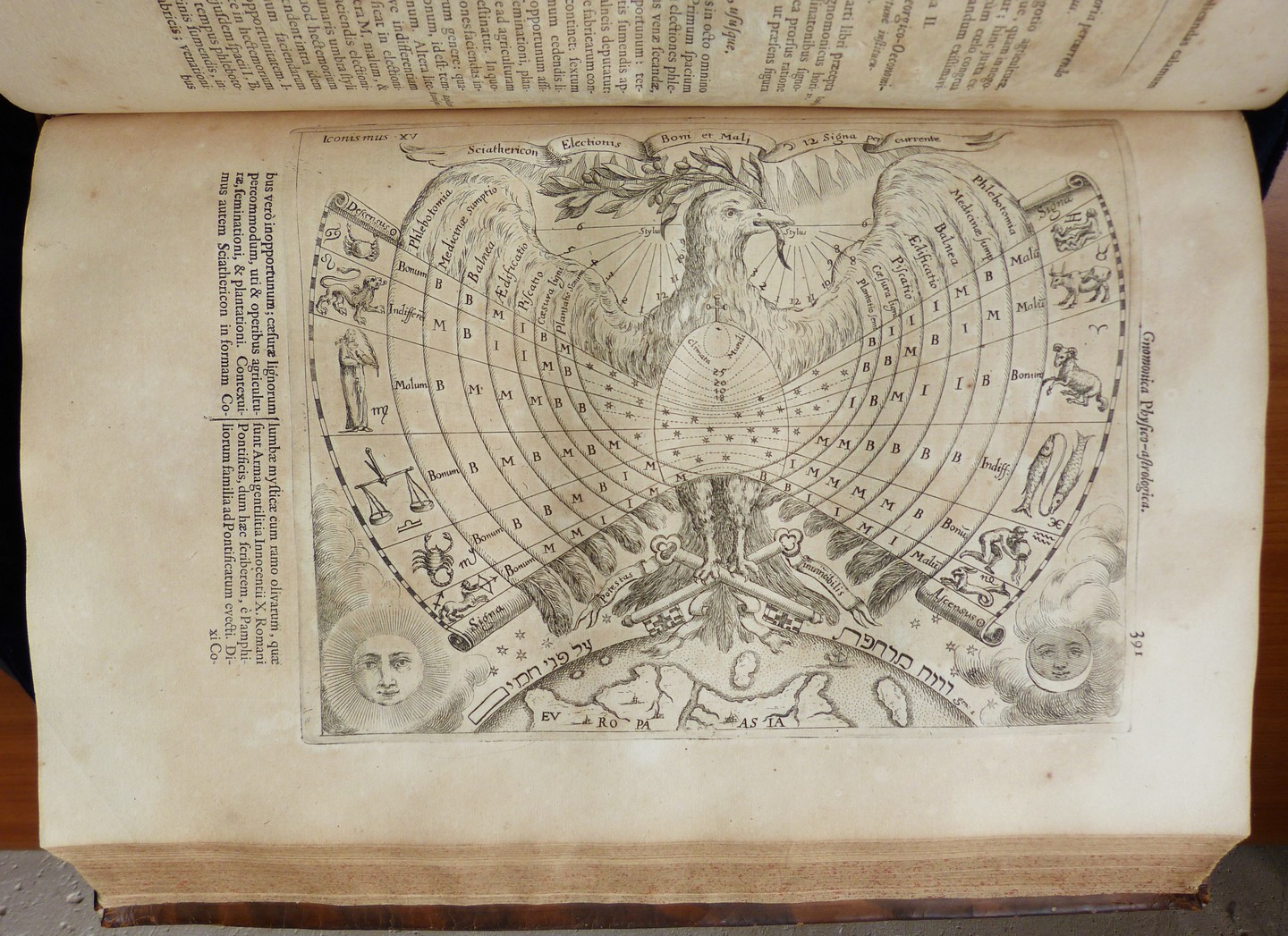 The frontispiece of this calendar and ephemeris shows the association of the signs of the zodiac with different parts of the body, from the head (Aries) to the feet (Pisces). The numbers refer to short astrological recommendations on more specific parts of the anatomy and it is noted that a difference can be made between the right and left sides.