Astrology and christianism: the issue of free will

In ancient times, astrology and religion were closely linked. Astrology was practised by diviners who were sometimes also priests, and the stars appeared to carry divine messages and foretell future events. The emergence of Christianity challenged this ancient link and the sacred texts condemned this practice as pagan. The Church Fathers accepted the vision of the universe presented in the texts of Aristotle, Plato and Ptolemy, while attributing the perfection of celestial movements to God, but they were much more suspicious of the idea of being able to read the future in the stars. Augustine of Hippo (354-430) wrote: 'God has conferred on his creature, with free will, the capacity to act badly and, thereby, the responsibility of sin' (De libero arbitrio, 388-395). To place human destinies in the movements of the stars is therefore to deprive men of their free will, which is unthinkable.

It was not until the 13th century that this condemnation was nuanced. Albert the Great (1200-1280) thus asserted that the stars exerted an indirect and accidental influence on the powers of the soul, while his disciple Thomas Aquinas (1225-1274) took up the well-known formula of astrologers: "The stars incline but do not compel". For him, mankind's freedom is manifested in its ability to resist astral influences.

Despite its reservations, the Church tolerated astrology for most of the Middle Ages and some of its members were even known to use astrologers, such as Cardinal Pierre d'Ailly (1351-1420). Around the fifteenth century, with the emergence of Calvinist deterministic doctrines, the Church's position hardened, but few astrologers were really worried. 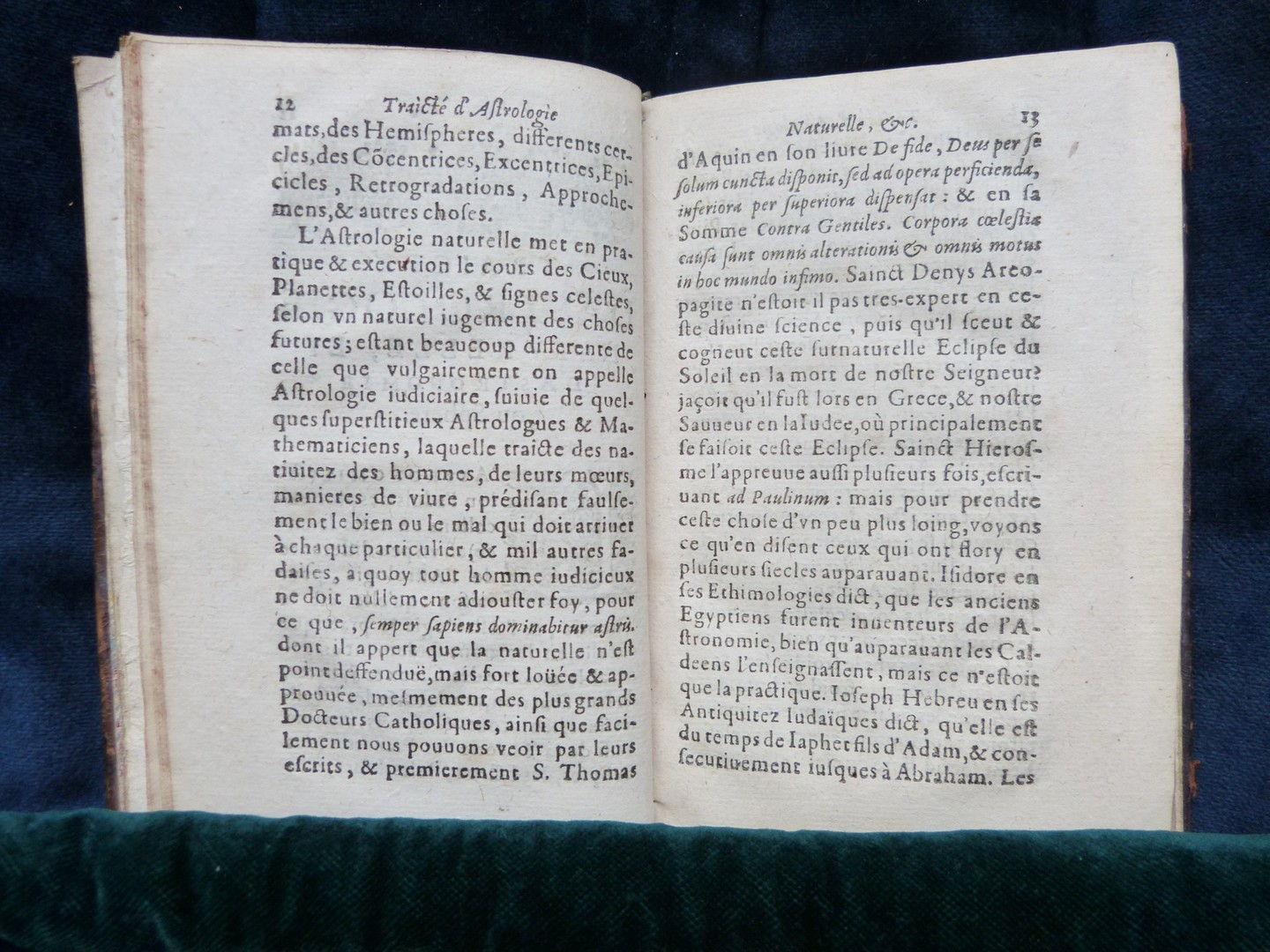 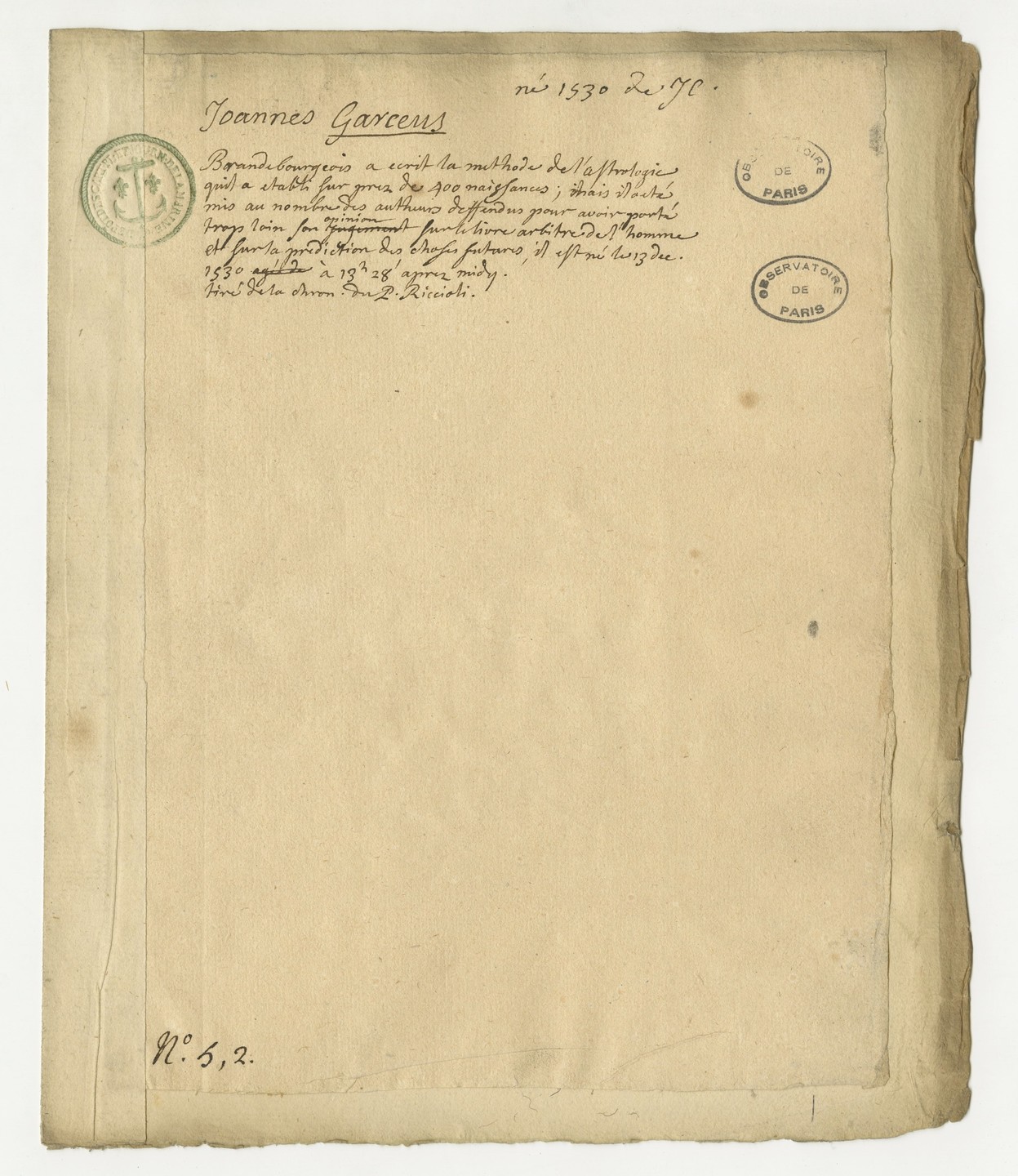 Biographical note of Joannes Garceus, known as Garcée, Joseph-Nicolas Delisle, first half of the 18th century, A1/4, n°5, 2

A 16th-century astrologer and astronomer, Garcée was blacklisted by the Church for publishing on man's limited free will and the prediction of the future. 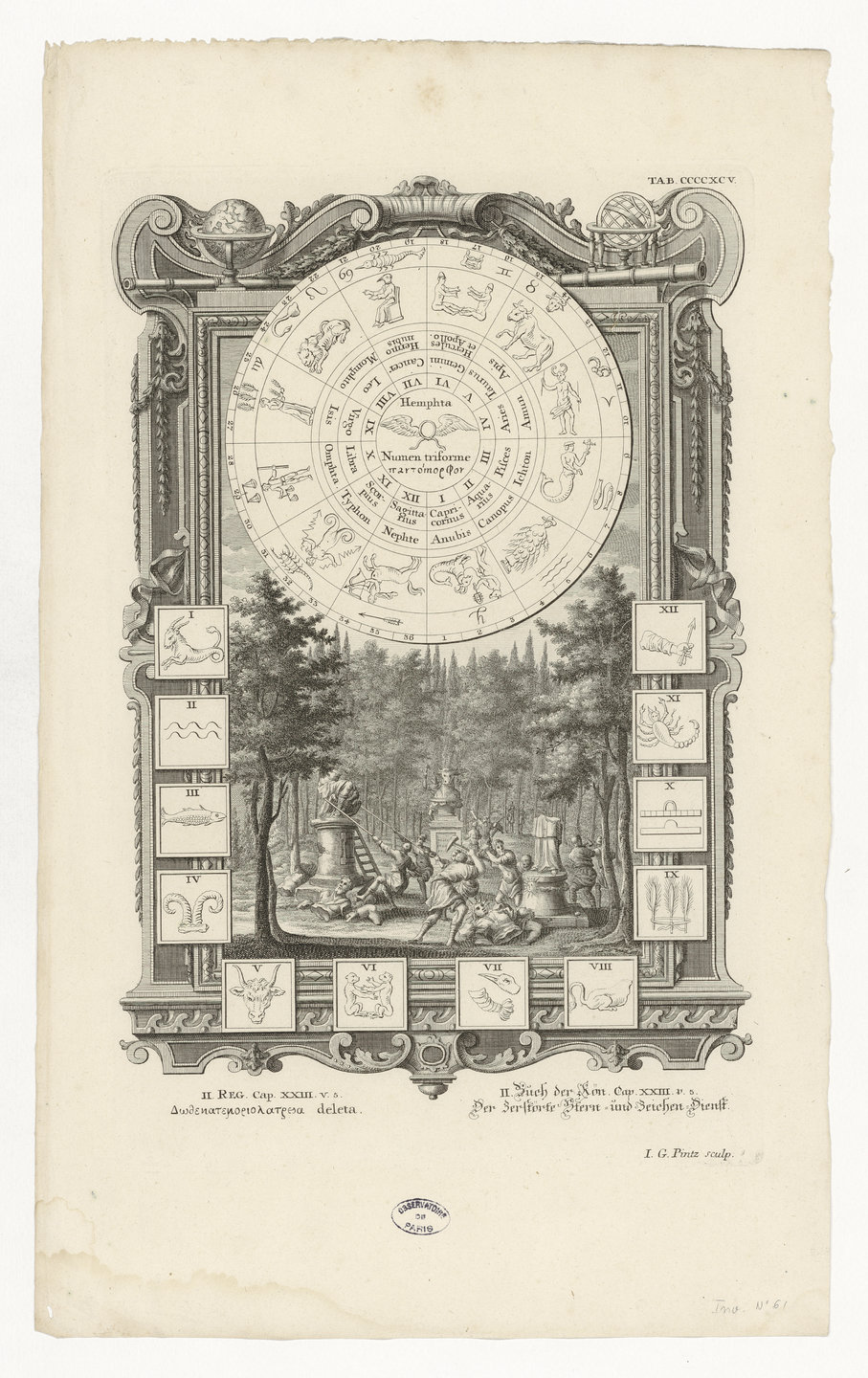 The punishment of the astrologers, illustration from the Second Book of Kings (23, 5), Johan Georg Pintz, 18th century, Inv.I.61

This engraving illustrates a verse that condemns the astrologers, more precisely Chaldeans, who see in the stars divine messages: "[...] He also suppressed those who burned incense in honour of Baal, the Sun, the Moon, the Constellations and all the host of the heavens", Second Book of Kings (23, 5). The wheel in the upper part represents the Egyptian and Babylonian zodiac.