From prevision to prediction: natural astrology and judicial astrology

There are two main branches of astrology: natural astrology and judicial or genethliac astrology.

The first, more ancient, stems from observation of the sky, which led to the observation that certain terrestrial phenomena occurred at the same time as certain celestial configurations. Thus, in ancient Egypt, the flooding of the Nile coincided with the heliacal rising of the star Sirius. Astrologers use these correlations as proof of the influence of the stars on the Earth, establishing non-existent causal links: it is not the presence of the Sun in Cancer that brings summer to the northern hemisphere, but the proximity of our planet to our star at this moment of its annual revolution.

Some go further by asserting the existence of astral influence on human beings, which leads to the practice of judicial astrology. Developed by the Greeks and enriched by the Arabs, judicial astrology consists of the creation of birth charts that determine the character, and sometimes even the destiny, of individuals.

In the Middle Ages, the establishment of these horoscopes was the main reason for observing the night sky, the constitution of the cosmos having been defined by the Fathers of the Church who mixed sacred texts, Aristotle's physics and Ptolemy's system.

Although it was first published in 1679 as a document for scholars, the Connaissance des temps was used for several centuries by astrologers because of its accurate tables of the positions of the stars. Furthermore, with the exception of conjunctions and oppositions, which can predict eclipses, the other planetary aspects are only useful to astrologers. 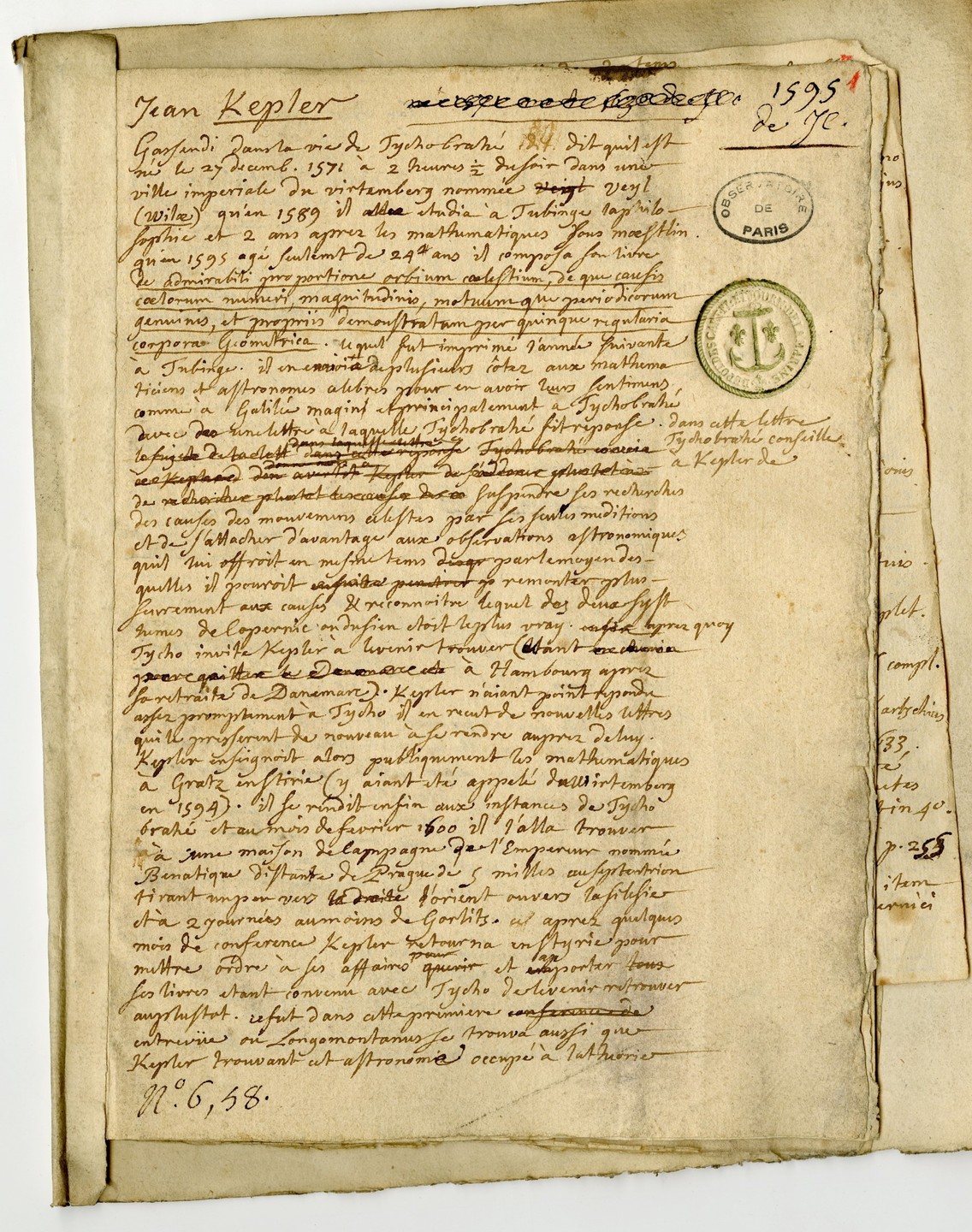 Johannes Kepler (1571-1630), a German astronomer who is best known for theorising the elliptical path of the planets around the Sun, was also a convinced astrologer. An advocate of reforming astrology, he wanted to turn it into a real science by detaching it from the doctrines of the ancients and basing it on physical principles. His horoscopes, as well as his treatises on the subject, were very successful at the time. 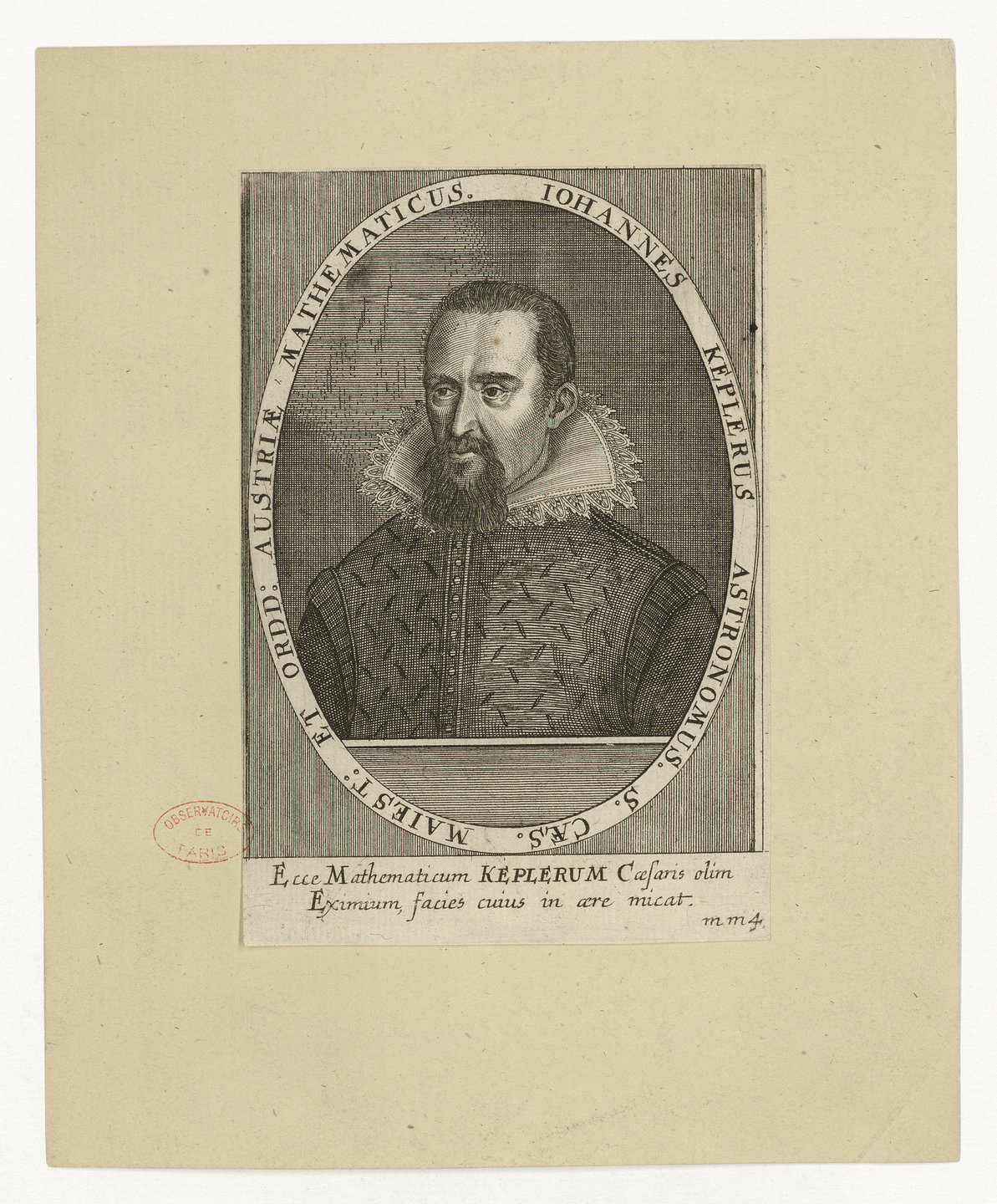 Unlike most astronomers of his time, Kepler was in favour of bringing astronomy and astrology together, calling them 'mother and daughter'. However, he was very critical of 'popular' astronomy, which he did not consider rigorous enough.

This long table shows the influence of the planets on climate and meteorology according to their position in the zodiac. Astro-meteorology is a branch of natural astrology that has enjoyed a certain amount of success due to its usefulness in determining the agricultural calendar. Kepler in particular emphasised its scientific aspect. 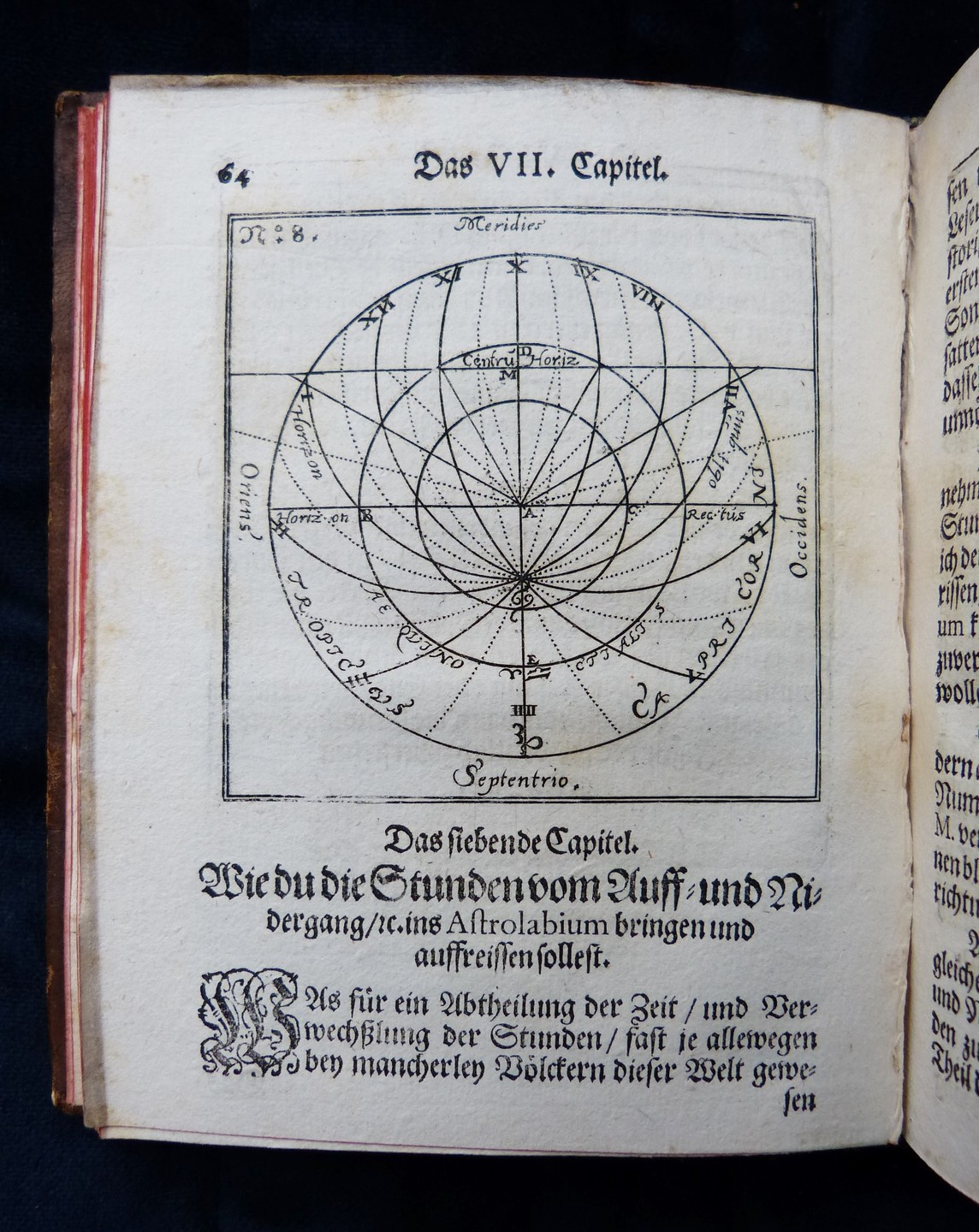 Diagram of the division of the astral houses, Astrolabium, Franz Ritter, 1613, 20451 [See the illustrations Wikimedia]

Essential in judicial astrology because they symbolise parts of human life, the astral houses are the result of a complex calculation based on the time and horizon of the birthplace. The sky is thus divided into twelve astral houses, the size of which can vary according to the domification* used, the first of which is called the Ascendant. This division, based on the rotation of the Earth in one day, makes it possible to refine the description of the native's sky, since although the planets may take several years to cross a zodiacal sign, they will never take more than two hours to cross a house. Astrologers thus manage to counter an argument which is often put to them regarding the similarity of birth charts: taking into account the house system greatly reduces the possibility of having two identical horoscopes. 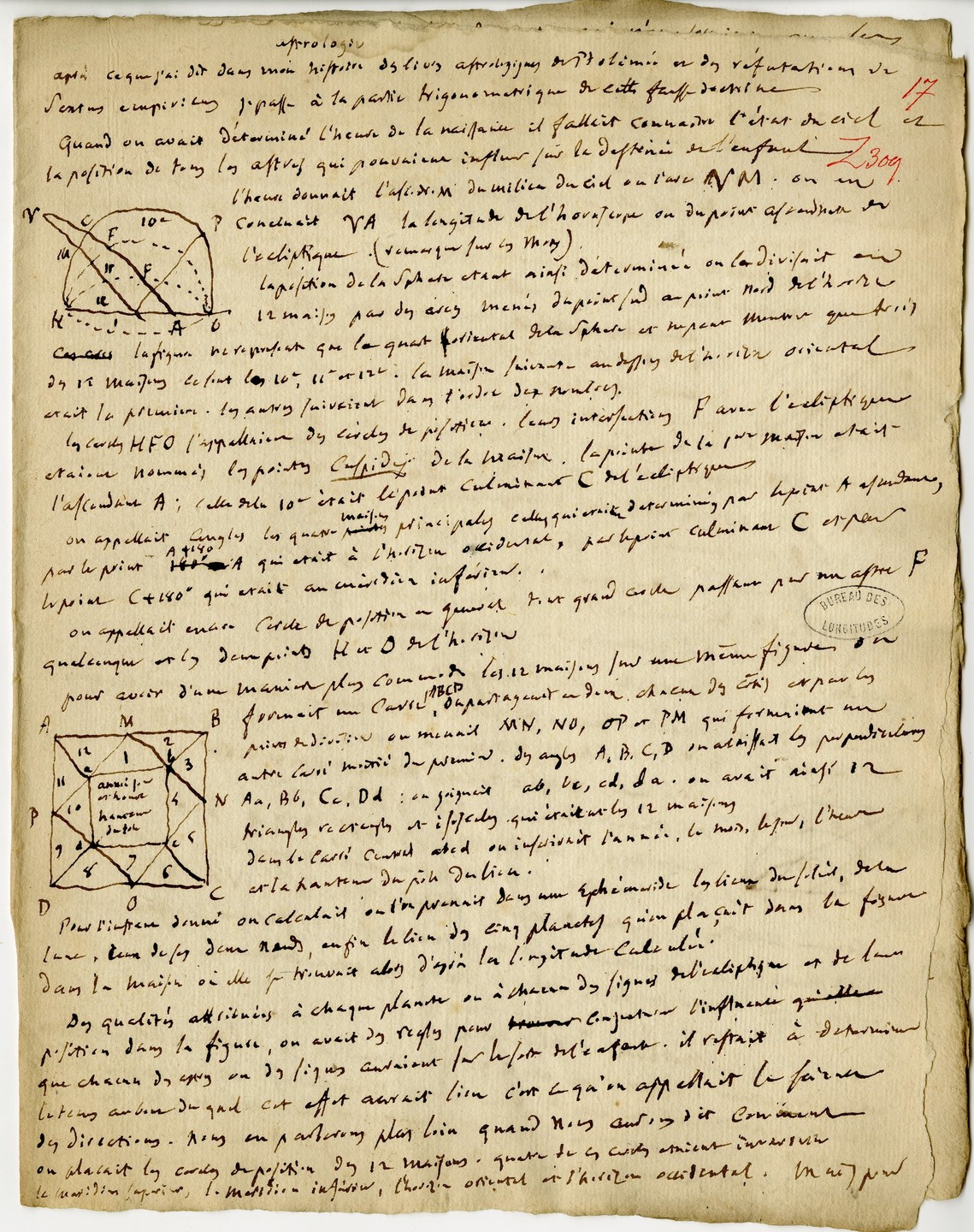 Delambre explains here all the calculations necessary for the division of the houses and thus highlights a certain trigonometric aspect of astrology. On the page, a diagram of the division of the celestial sphere and a medieval horoscope can be seen. 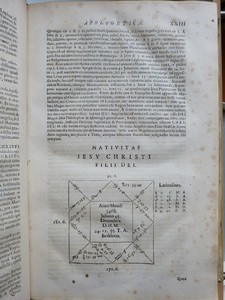 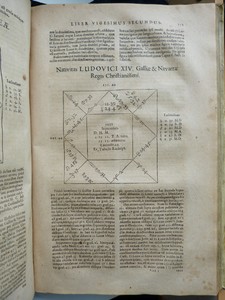 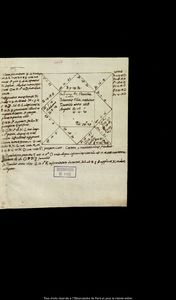 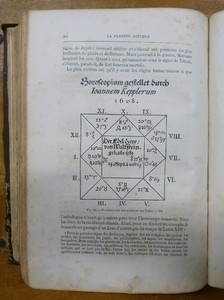 Among the tools astrologers use to prove the reliability of their predictions are reference horoscopes. Drawn up a posteriori for famous people such as kings, queens or Roman emperors, some are dedicated to biblical figures, prophets and even, as can be seen here, to Christ. This horoscope also shows that astrology is not incompatible with the Christian faith, even if it is not always well regarded by the Church.