The position of the Sun in the zodiac at the time of the spring and autumn equinoxes and at the time of the summer and winter solstices was an important marker, both for astronomers, who used it to mark the beginning of the seasons, and for astrologers. Astrologers in particular used the vernal point (the position of the Sun during the spring equinox) as the beginning of the astrological year. Due to the axial precession*, this point moves slightly from year to year on the ecliptic. It is currently located in the Pisces constellation.

Discovered by Hipparchus in the 2nd century BC, this phenomenon is at the origin of a division between astrologers. On the one hand, the tropicalists (mainly in the West) considered it important that the zodiac should reflect the solar year (Leo, a warm sign, could not become a winter constellation) and therefore attached the zodiac to the vernal point so that Aries would always coincide with the beginning of spring. In this configuration, the sky has thus remained frozen as it was during Greek antiquity, but the properties of the signs are still consistent with the time of year when they dominate. On the other hand, siderealist astrologers (the majority in the East and in India) consider that the zodiac should reflect the reality of the sky and therefore remain attached to the stars. For them, the vernal point is about to enter the constellation of Aquarius. Their sky therefore corresponds more closely to the sky of astronomers, but from year to year the constellations that were originally summer constellations are shifting into winter. 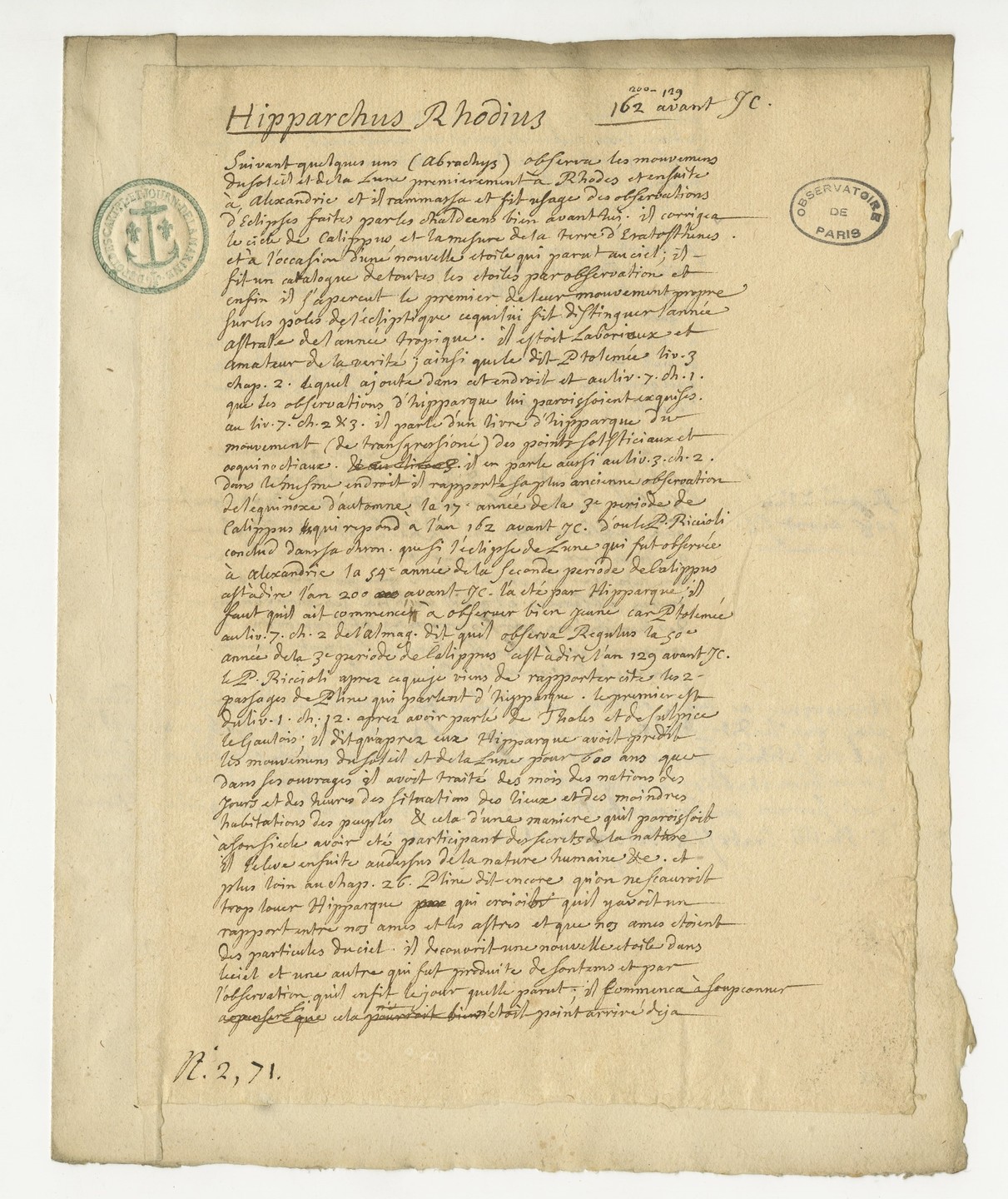 Hipparchus' biographical note, Joseph-Nicolas Delisle, first half of the 18th century, A1/1, n°2, 71

A Greek astronomer from the 2nd century BC, Hipparchus compiled information from the Chaldean astronomers and put forward numerous theories on the movement of the stars. In particular, he was the first to establish a reliable method for predicting eclipses and to observe the phenomenon of the axial precession*. 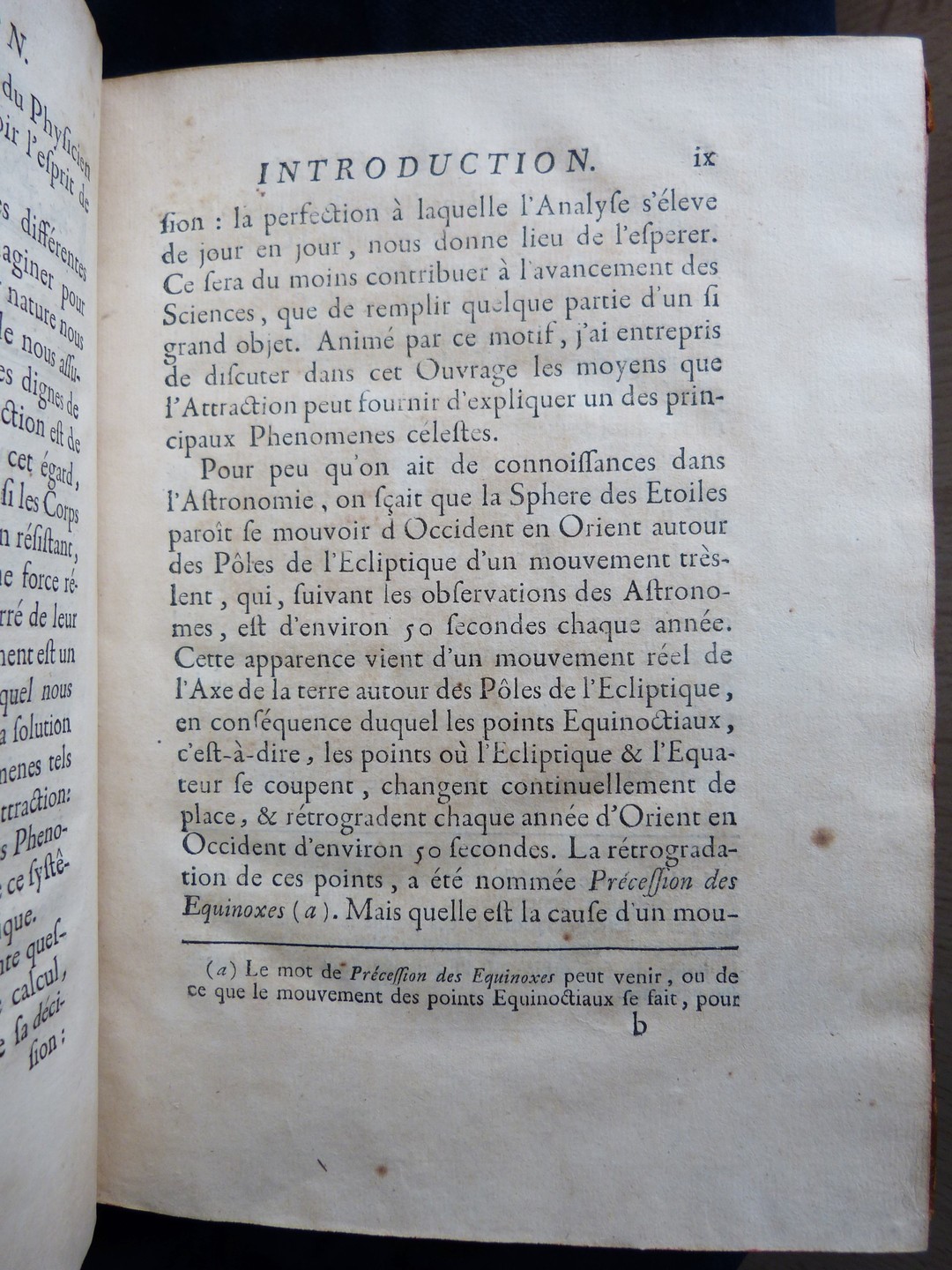 Here, d'Alembert proposes an explanation for this phenomenon, which sees the Earth's axis of rotation shift slightly each year.

← From ancient vision to modern observation
Astrology in practice →
The zodiac, a highly symbolic celestial marker
The axial precession