In the second half of the 18th century, the French Secretary of the Navy has an observatory in the tower of the Hôtel de Cluny, today Museum of the Middle Ages. As a clerk, and, from 1771, as the Astronomer of the Navy, Charles Messier makes there many observations.

These observations highlight Messier's notable sense of detail and precision. They are central to his work : he spends most of his lifetime making them, and, in his opinion, they are the most scientifically valuable and enjoyable part of the work. Messier keeps a precise record not only of the position of objects and of the hour of the observations, but also of daily weather information. When he is particularly interested in some phenomenon, he collects as much informations as he can from his colleagues throughout Europe or in his own archives. Finally, some phenomena without direct connection to astronomy and meteorology are also mentioned, like, for example, an earthquake. 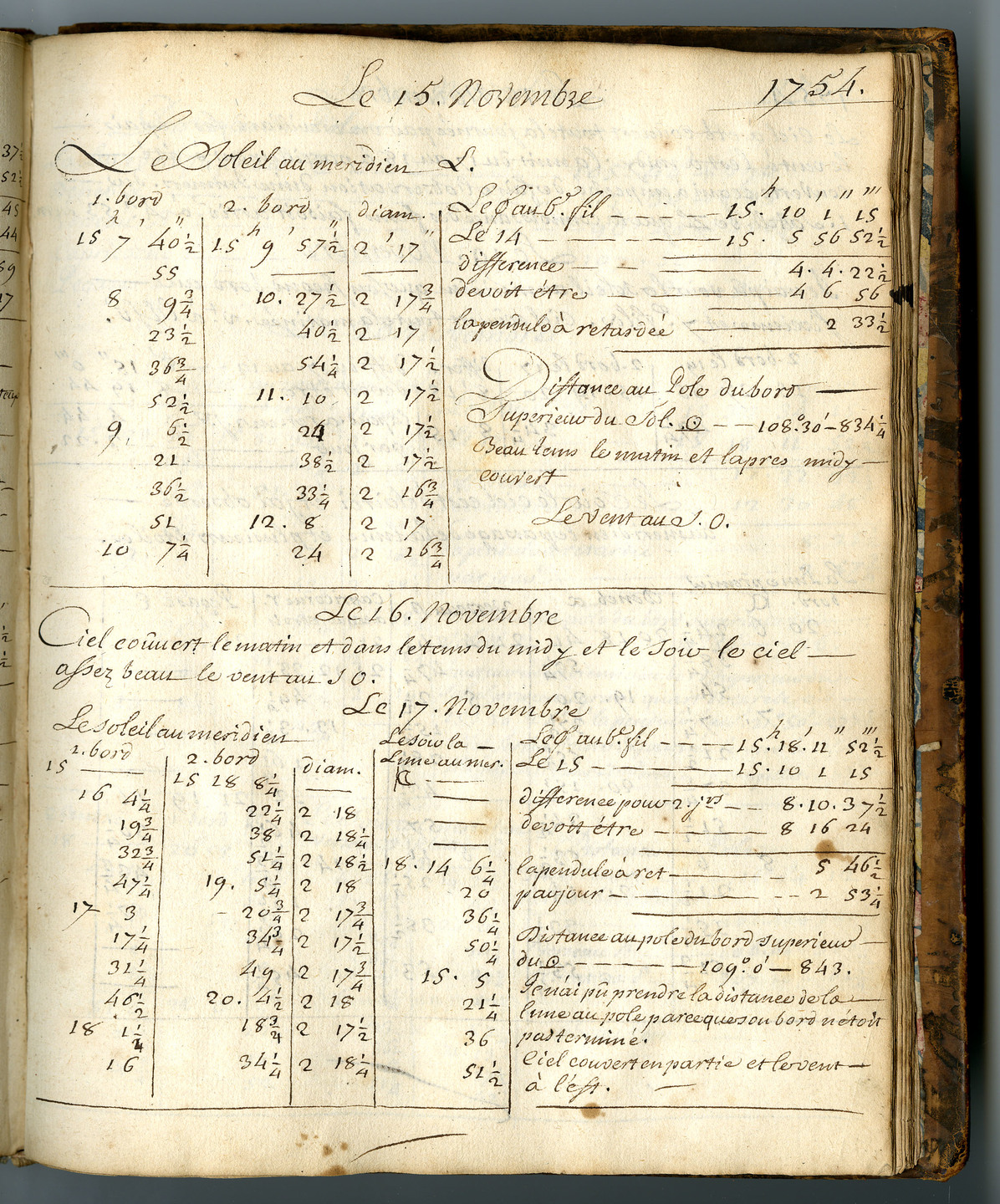 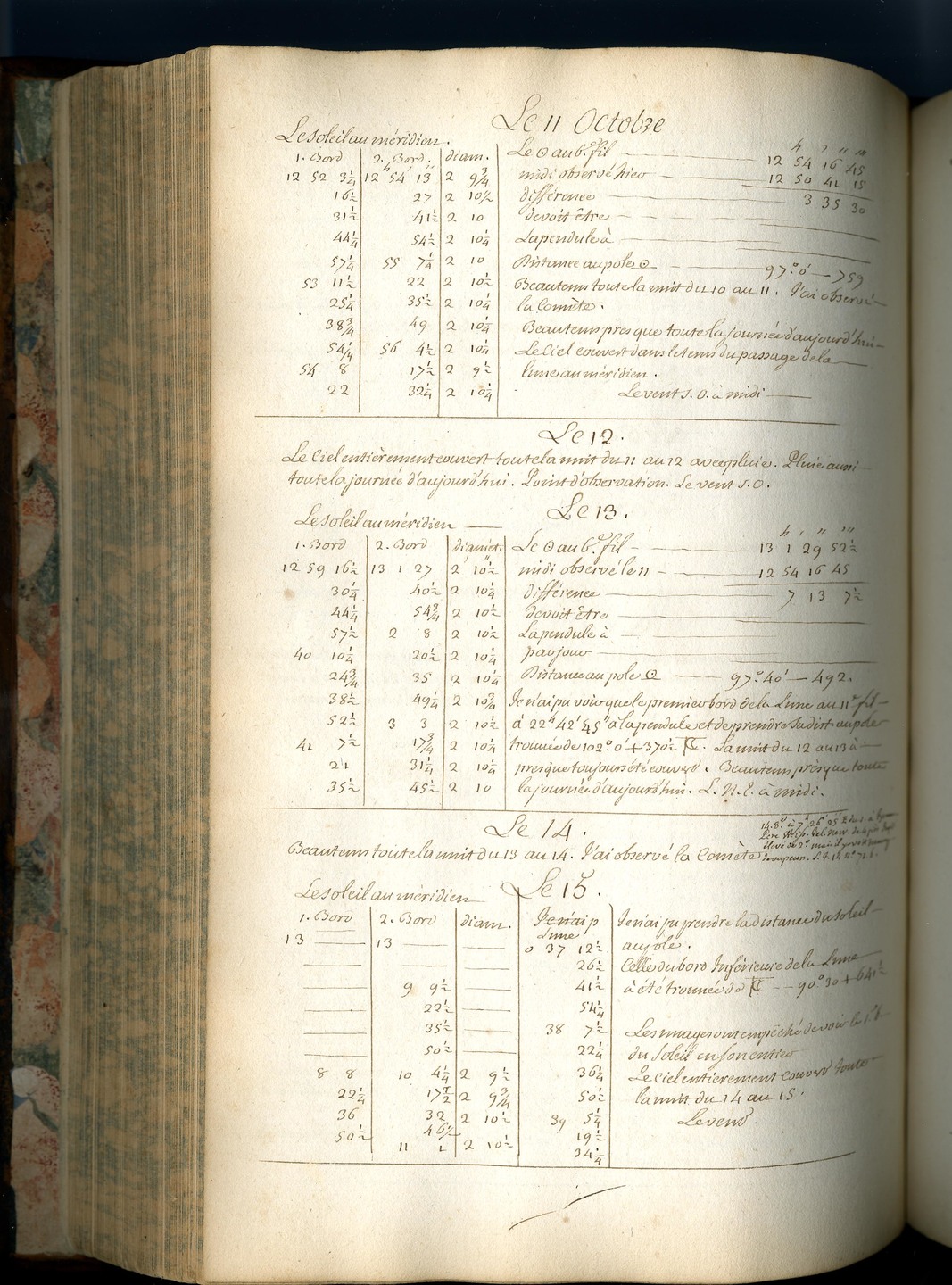