A painter among geometers

“The slightest pretext was sufficient for him to extend his knowledge.”

Philippe de La Hire was born in Paris in 1640. As the eldest son, he received drawing and painting lessons from his father Laurent de la Hyre[1] (1606-1656), who saw him as his successor. Indeed, Laurent de la Hyre was a well-known artist, a member of the Royal Academy of Painting and Sculpture; painters, engravers and mathematicians attended the family house[2]. His son's education included geometry, perspective, architecture, as well as the art of drawing sundials, i.e. gnomonics[3].

But, when his father died in 1656, the health of La Hire deteriorated[4]. A travel to Italy, which was a very popular experience among the artists, seemed to be a means to strengthen his physical condition: he went to Rome, then Venice in 1660[5]. He discovered models of Antiquity, practiced drawing and improved his knowledge in mathematics. His passion for geometry led him to study the work of Apollonius, a Greek mathematician and astronomer of the third century renowned for his research on tapered sections.

When, four years later, his mother asked him to come back, he settled in Paris as a painter, although he was more and more a geometer. He attended the erudite society and was close to Abraham Bosse (1602-1676), a master engraver, member of the Academy of Painting and dear friend of his father. They both shared a great interest in art and science. Thereafter, Bosse initiated him to the Manière Universelle de M. Desargues pour pratiquer la perspective[6] by Gerard Desargues (1591-1661) which was also read and used by La Hire’s father[7]. The work of Desargues, the founder of projective geometry, will influence him widely. 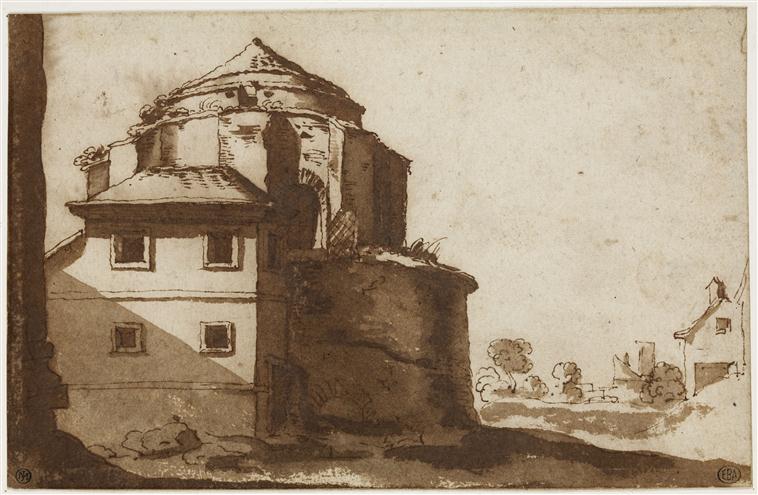 Abraham Bosse confronted him with a stonecutting problem: how to establish reliable rules to build a rampant arch, i.e. an arch whose support is higher on one side than on the other. By ingeniously combining Apollonius’s theorem and Desargues’s method, he provided a solution in his first booklet, in 1672[8]. Many geometry publications followed, which were praised in the Journal des Savants[9]sometimes. In autumn 1675, rumor had it that Philippe de la Hire would be competing with Leibniz to be admitted the the Royal Academy of Sciences[10].