La Hire and the Observatory

From 1682, La Hire settled down in Paris with his quite numerous family on the second floor of the Observatory, in the apartments that were occupied by Ole Romer (1644-1710)[1]. 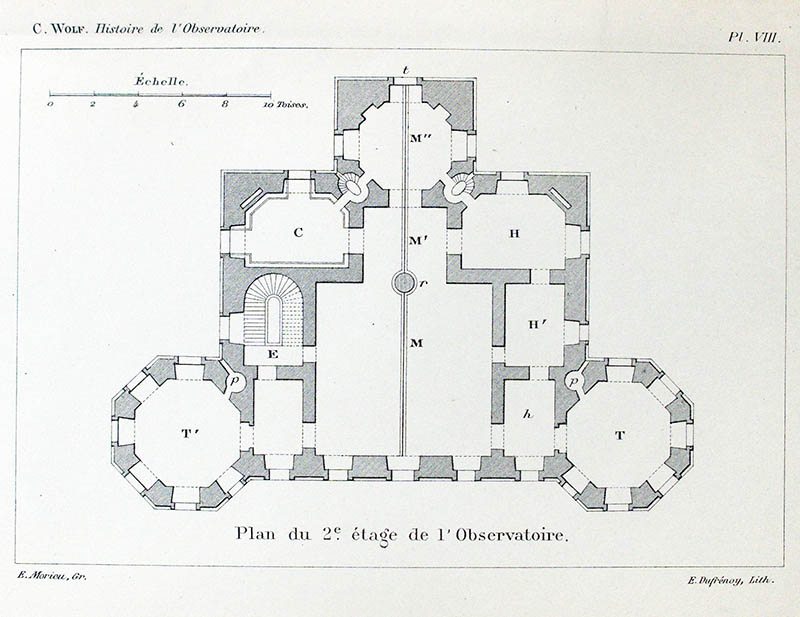 La Hire now disposed of precision tools within reach. On April 25, 1682, he placed a mural quadrant in the west tower of the Observatory. This allowed him to make very accurate observations and develop his future astronomical tables. And so for thirty-six years, Le Hire observes the sky methodically with almost no interruption. His written correspondence confirms observations exchanges with numerous astronomers. As Fontenelle pointed out in his Éloge, La Hire’s nights were often shortened by the requirement not to fail to witness any celestial event. One of his sons (Gabriel Philippe, born in 1677[3]) assisted him in his measurements. 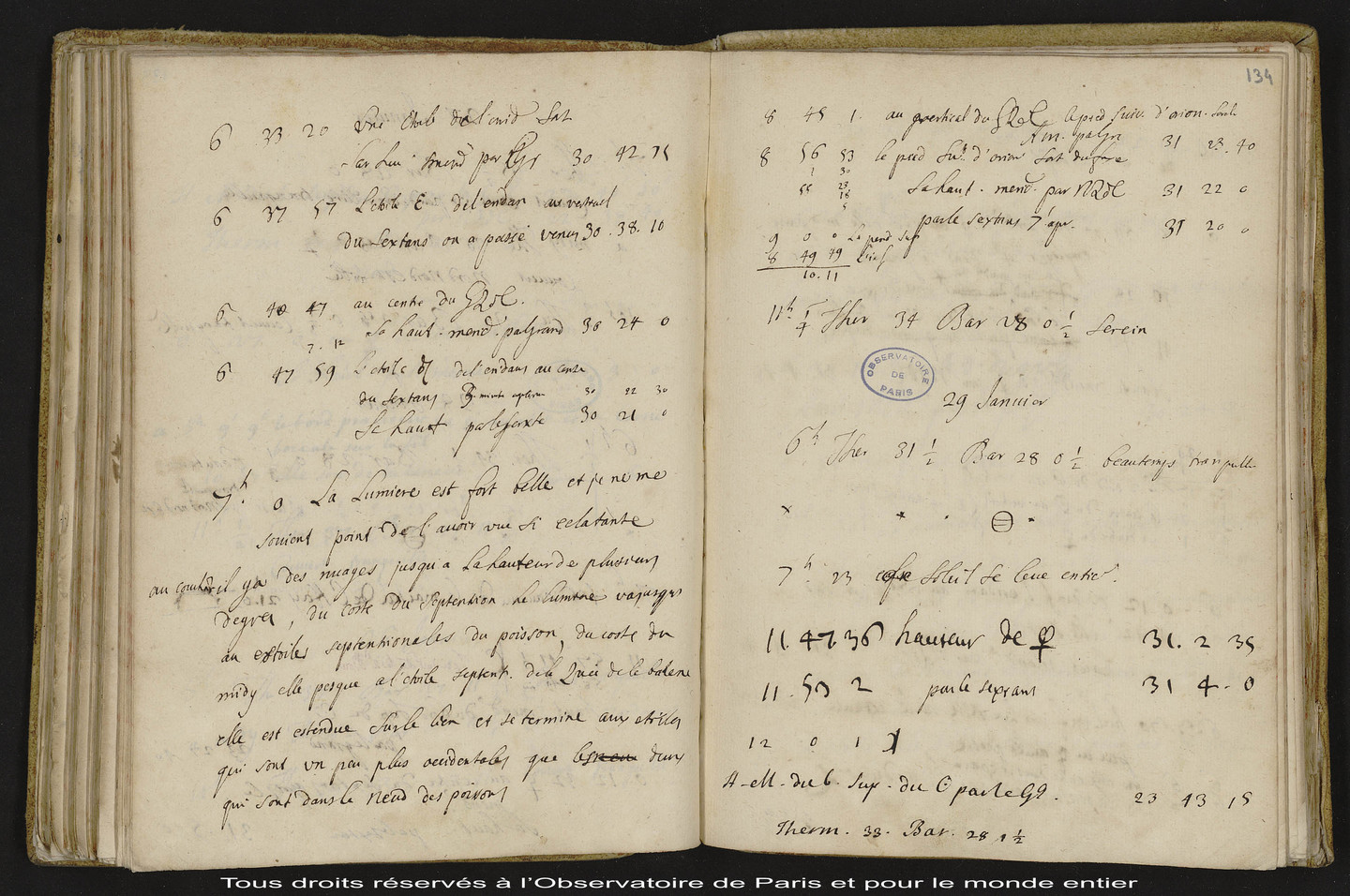 The Observatory buildings were used as a testing ground. In 1714[4], he made use of the puits zenithal (light tube) which are precise superposed openings at each level of the Observatory, from basement to roof terrace, forming a vertical “light pit” of 55 meters high[5]. 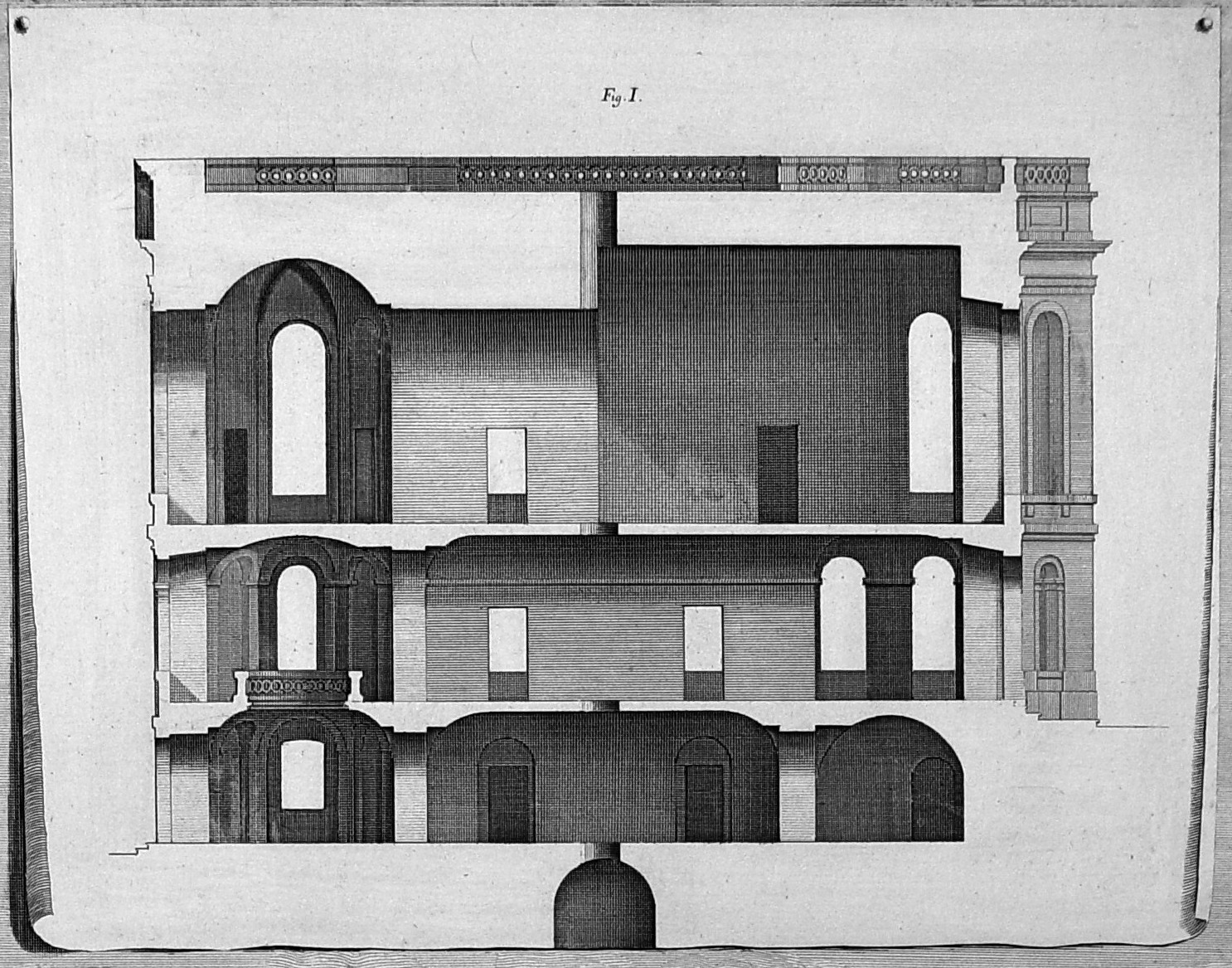 He repeatedly reported on his meteorological observations made at the Observatory: thermometer, barometer, rainfall and wind measurements. Why apply to this daily work of measurements? La Hire explains it in one of his memoirs, published in the Memoirs of the Academy of Sciences of 1699:

"One would think it is rather useless to keep an exact record of the wind blowing every day, of the force, and of the duration, of the quantity of rain that falls, and of the status of the barometer. The changes which occur in all this great mass of air, however, seem perhaps even more bizarre than they are, for want of observers who have been there long enough and carefully enough to discover regularity; and if it is possible that there is any regularity, one will perceive it only by a long series of observations made in different places. Who knows, for example, if there are not some compensations, or some exchanges of good and bad weather, between different parts of the Earth?"[6]

Fontenelle explains how advantageous regular observations could be: 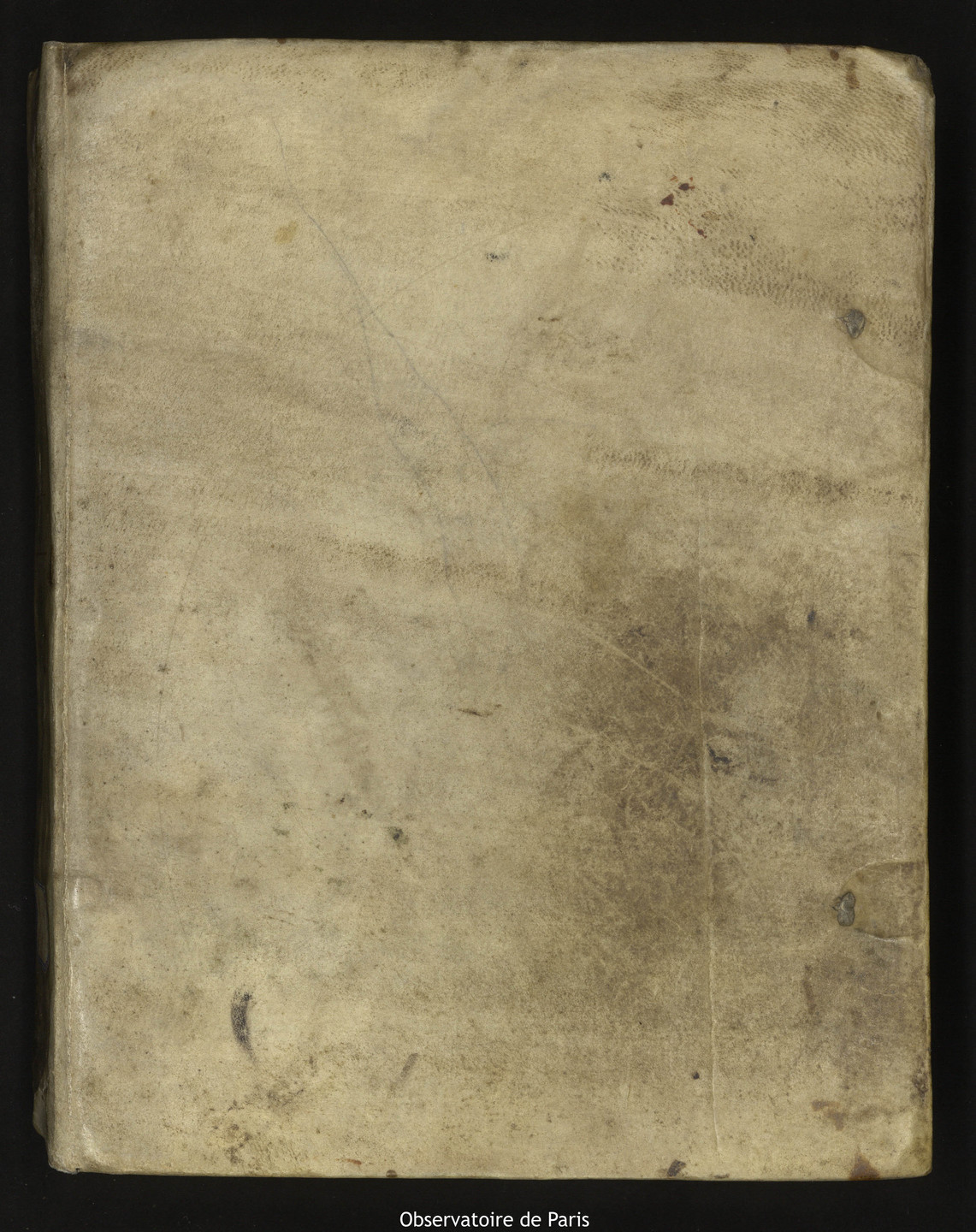 He took great care to publish the work of his colleagues (and academicians) as well as some of his own research studies. His essays feature a wide and surprising range of matters.

La Hire died at the age of 78, on 21st April 1718 at the Observatory. Two days prior his death, he was recording his last astronomical observations. He rests in Saint-Jacques-du-Haut-Pas’s church with Cassini the first.

“La Hire, well-known all over Europe as one of the greatest astronomers that ever was, died at the Observatory at nearly eighty years old, until then in a continuous and perfect physical and spiritual health.” 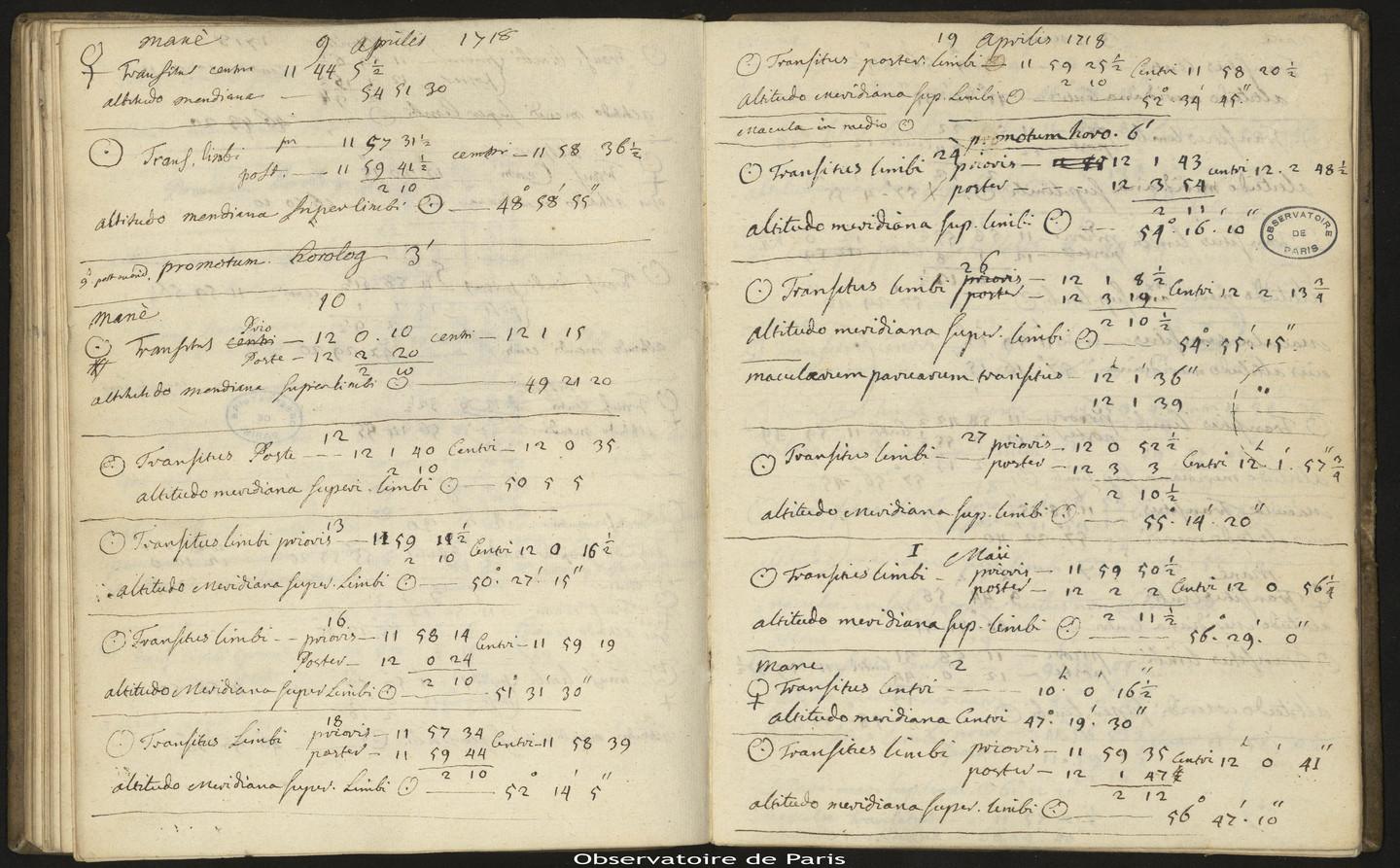 Observations of La Hire, April 19, 1718, two days before the father's death. His son Gabriel Philippe will continue the observations until May 19, 1719.

[3] In the Grand Dictionnaire of Moreri, we find these notes about Gabriel Philippe de La Hire: "Besides a profound knowledge, he had a very varied erudition, and a great facility to speak well; in spite of his poor health, he had a natural joy, and the courage of a wise physicist, who knows what awaits the body, and who forgives nature. " – Louis Moreri, Le Grand dictionnaire historique , ou le Mélange curieux de l'histoire sacrée et profane…, Paris, J.-B. Coignard, 1681 (1732), tom 1, p. 482-483.