« Always busy, his whole days were a continuous study, his nights themselves were often interrupted by astronomical observations ; no other physical exercise than going from the Observatory to the Academy of Sciences, to the Academy of Architecture and to the Collège Royal where he used to teach. »

As a geometer, an astronomer, a physicist but also an artist, Philippe de La Hire leaves to posterity a prodigiously varied body of work. Trained to become a painter[1], he revealed himself as a leading geometer, as well as a man of science with an encyclopedic knowledge.

As an astronomer of the Academy of Sciences, he lived and and worked at the Paris Observatory for thirty-six years. He committed himself to a daily astronomical observation work but also to meteorological records. His diaries are available online. 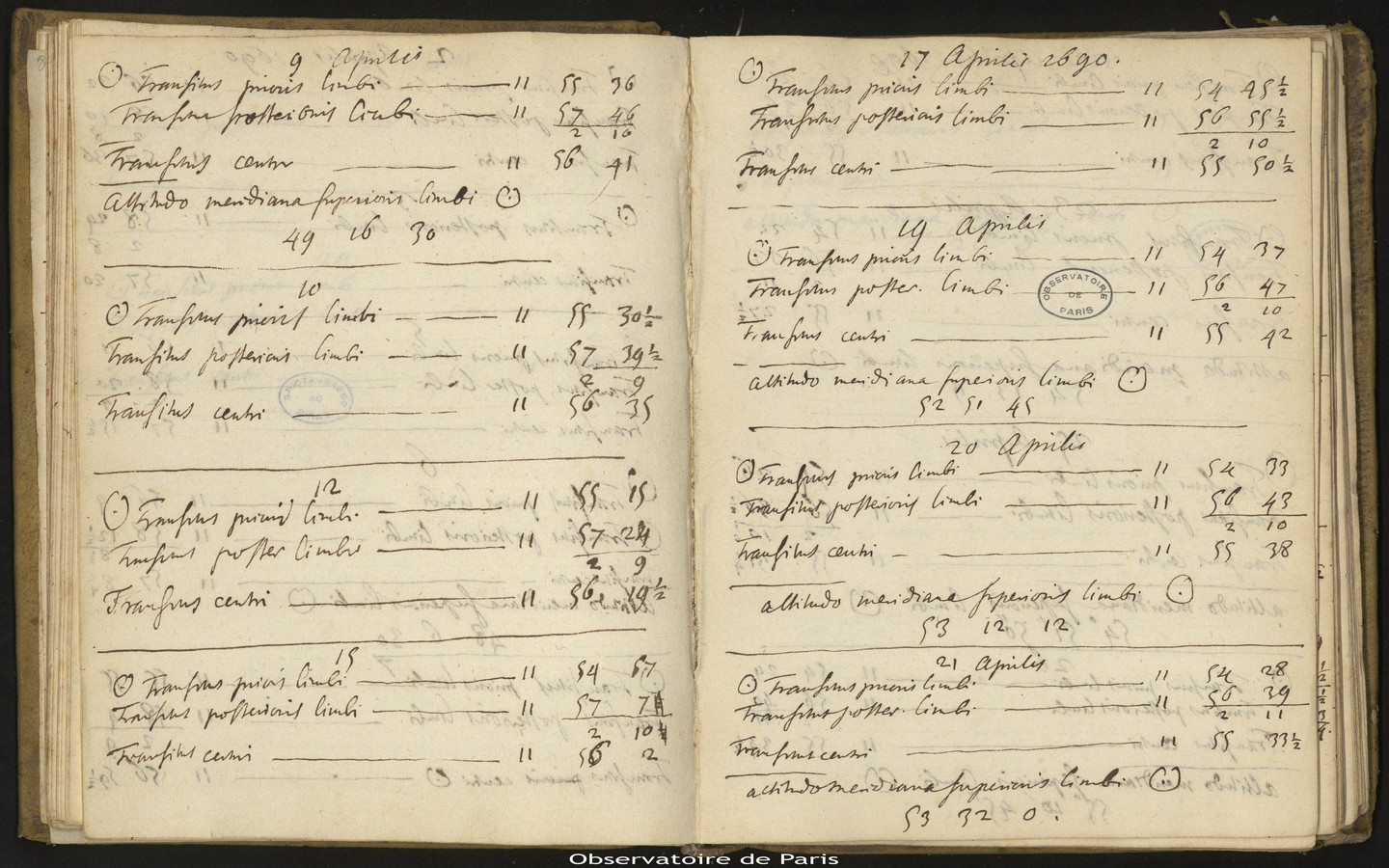 La Hire participated in the major projects of the Academy in the field. He mapped France with Picard, drew the meridian line of Paris with Cassini and tried to complete the project of the Eure canal, which would bring water to Versailles. His correspondence available online allows to retrace his journeys and gives an original insight of the concrete work of an astronomer of the Great Century.

Astronomy and projective geometry held his attention during his whole life, but his work could not be confined to it [2]. As a teacher at the Collège Royal, always ensuring to be understood by his public[3], he published his own architecture, mechanics and painting treaties, as well as his colleagues and friends' [4] works (Mariotte, Picard).

[3] Fontenelle writes about the Traité de Gnomonique : “Mr. de la Hire has clarified gnomonics by principles and demonstrations reduced to the most reliable and fluent operations ; and, in order not to change the old ways, he carefully printed demonstrations and operations in different typefaces, allowing the common workers to conveniently skip whatever did not interest them ; indeed, science must watch out for ignorance which is its precursor and universally present.” by Fontenelle, « Éloge de Monsieur de La Hire », Histoire de l’Académie royale des Sciences. Année M. DCCXVIII. Together with les Mémoires de Mathématiques & de Physique, during the same year. Tirés des Registres de cette Académie, vol.20, Paris, Imprimerie royale, 1719, p. 80.

A painter among geometers →
The constant study